You can book with Grand Slam Ibex your hunting trip to hunt Kri-kri ibex in greece. Sapientza or Sapienza is a Greek island off the southern coast of the Peloponnese, near the city of Methóni. It is part of the municipality of Pylos-Nestor, in Messenia. That’s the only place where you can hunt the kri-kri Ibex. 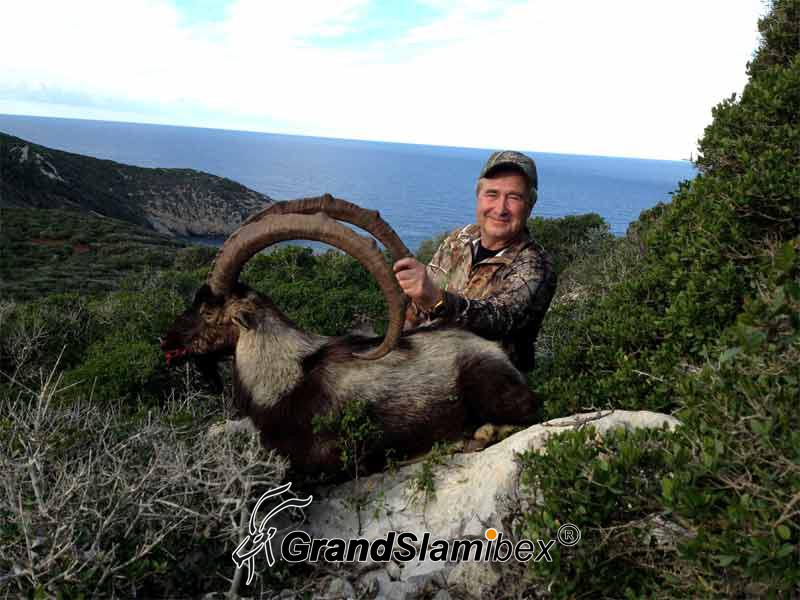 Sapientza or Sapienza  is a Greek island off the southern coast of the Peloponnese, near the city of Methóni.

It is part of the municipality of Pylos-Nestor, in Messenia.

Greece is strategically located at the crossroads of Europe, Asia, and Africa. Situated on the southern tip of the Balkan peninsula, Greece shares land borders with Albania to the northwest, the F.Y. Republic of Macedonia and Bulgaria to the north and Turkey to the northeast. The country consists of nine geographic regions: Macedonia, Central Greece, the Peloponnese, Thessaly, Epirus, theAegean Islands (including the Dodecanese and Cyclades), Thrace, Crete, and the Ionian Islands.

The Aegean Sea lies to the east of the mainland, the Ionian Sea to the west, and the Mediterranean Sea to the south. Greece has the longest coastline on theMediterranean Basin and the 11th longest coastline in the world at 13,676 km (8,498 mi) in length, featuring a vast number of islands (approximately 2,000, of which 227 are inhabited). Eighty percent of Greece is mountainous, of which Mount Olympus is the highest peak at 2,917 m (9,570 ft). The modern Greek state, which was established in 1830 following the war of independence from the Ottoman Empire, traces its roots to the civilization of Ancient Greece, which is considered the cradle of all Western civilization. As such, Greece is the birthplace of democracy, Western philosophy, the Olympic Games, Western literature, historiography, political science, major scientific andmathematical principles, and Western drama, including both tragedy and comedy. The cultural and technological achievements of Greece have greatly influenced the world, having been imparted to the East through Alexander the Great’s conquests, and to theWest via incorporation into the Roman Empire and the succeeding Byzantine Empire. Furthermore, the Greek Orthodox Church transmitted Greek traditions to the wider Orthodox World while shaping the modern Greek identity. Greece’s rich legacy is also reflected by its 17 UNESCO World Heritage Sites, among the most in Europe and the world.

The kri-kri is not thought to be indigenous to Crete, most likely having been imported to the island during the time of the Minoan civilization. Nevertheless, it is found nowhere else and is therefore endemic to Crete. It was common throughout the Aegean but the peaks of the 8,000 ft (2,400 m) White Mountains of Western Crete are their last strongholds–particularly a series of almost vertical 3,000 ft (900 m) cliffs called ‘the Untrodden’—at the head of the Samaria Gorge. This mountain range, which hosts another 14 endemic animal species, is protected as a UNESCO Biosphere Reserve. In total, their range extends to the White Mountains, the Samaria National Forest and the islets of Dia, Thodorou, and Agii Pandes. Recently some were introduced onto two more islands.

By 1960, the kri-kri was under threat, with numbers below 200. It had been the only meat available to mountain guerillas during the German occupation in World War II. Its status was one reasons why the Samaria Gorge became a national park in 1962. There are still only about 2,000 animals on the island and they are considered vulnerable: hunters still seek them for their tender meat, grazing grounds have become scarcer and disease has affected them. Hybridization is also a threat, as the population has interbred with ordinary goats.