You can book with Grand Slam Ibex your hunting trip to hunt Tatra chamois in Slovakia. Tatra Mountains are part of Slovakia. That’s the only place where you can hunt the Tatra Chamois. 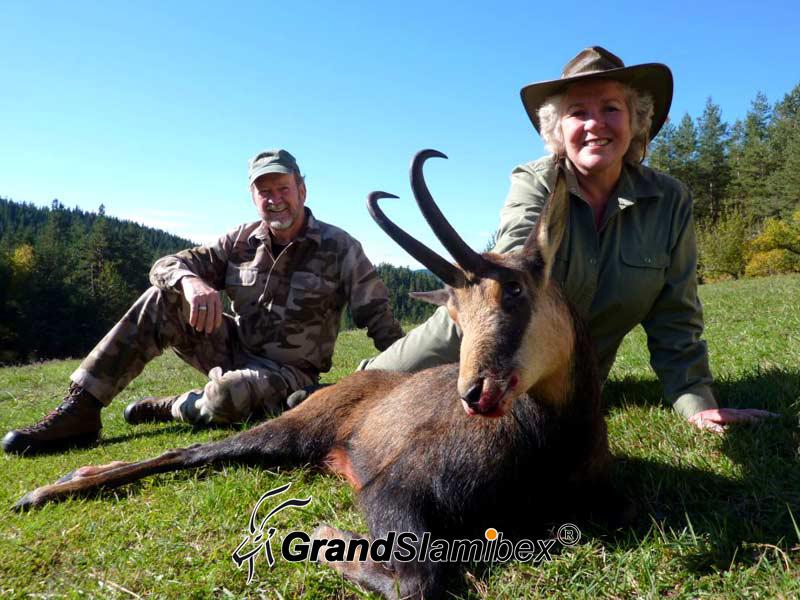 Slovakia has a variety of beautiful nature with a great density of forests and within its small land, (approximately 4.5 million hectares of it are hunting grounds), it offers numerous opportunities for hunting various kinds of game.

It is a country with rich traditions, as well as a long history of hunting and the Carpathian Mountains, with its green forests, have been home to a wide range of animals for thousands of years. Slovakia gives you a winning combination of fantastic hunting, with fabulous food, home-made wine, tasteful breads and comfortable accommodation.

It has a population of over five million and an area of about 49,000 square kilometres (19,000 sq mi). Slovakia is bordered by the Czech Republic and Austria to the west, Poland to the north, Ukraine to the east and Hungary to the south. The largest city is the capital, Bratislava. Slovakia is a member of the European Union, Eurozone, Schengen Area, NATO, the United Nations, the OECD and the WTO. The official language is Slovak, a member of the Slavic language family.

The Slavs arrived in the territory of present-day Slovakia in the 5th and 6th centuries. In the 7th century, they played a significant role in the creation of Samo’s Empire and in the 9th century established the Principality of Nitra. In the 10th century, the territory of today’s Slovakia was integrated into the Kingdom of Hungary, which it self became part of the Austro-Hungarian Empire or Habsburg Empire. After World War I and the dissolution of the Austro-Hungarian Empire, the Slovaks and Czechs established Czechoslovakia.

A separate Slovak Republic (1939–1945) existed in World War II as a client state of Nazi Germany. In 1945, Czechoslovakia was reestablished. Slovakia became an independent state on 1 January 1993 after the peaceful dissolution of Czechoslovakia. Slovakia is a high-income advanced economy with one of the fastest growth rates in the European Union and the OECD. The country joined the European Union in 2004 and the Eurozone on 1 January 2009.